Brazil tourist attractions consist of imposing waterfalls, wetlands filled with wildlife, and the untouched wilderness of the Amazon rainforest where several isolated tribes still live without any contact with the rest of the world. Tourism is becoming a major industry in Brazil, Rio de Janeiro and São Paulo are two of the most visited destinations in the country, offering visitors (whether in the country on business or pleasure) a fabulous peek into the complex heritage and natural spectacle of Brazil. The land of the Samba, Soccer, rainforest, magnificent sprawling cities and unspoiled beaches. Brazil is surely a sight to behold.

Sugar Loaf, Rio de Janeiro-The world wide famous emblem of Rio de Janeiro, the rounded rock peak of Sugar Loaf juts out of a tree-covered promontory, upto 400 meters above the beaches and city. To get a proper view of Rio and the harbor, you can go at it’s summit which is famouse for the same.

Carnaval, Rio de Janeiro- Rio's pre-Lenten Carnaval (Carnival) is known for it’s exuberance. Make no mistake, this is not just another rowdy street party, but a carefully staged showpiece, where spectators can watch the parades of competing samba dancers from a purpose-built stadium designed by none other than Brazil's best-known architect, Oscar Niemeyer. So wait not for planning!

The Curitiba-Paranagua Train Ride, officially known as the Serra Verde Express, is considered one of the most scenic train rides in Brazil: crossing Atlantic rainforest, 14 tunnels, 30 bridges on its way to historic Paranagua in Parana state covering almost 52 miles.

Bonito is a place of stunning waterfalls and caves drawing ecotourists from all around the globe. A glimpse of the unexplored is experienced when you walk among stalagmites and other cave formations. You can even snorkel or dive in the cavern’s waters to have an otherworld experience. 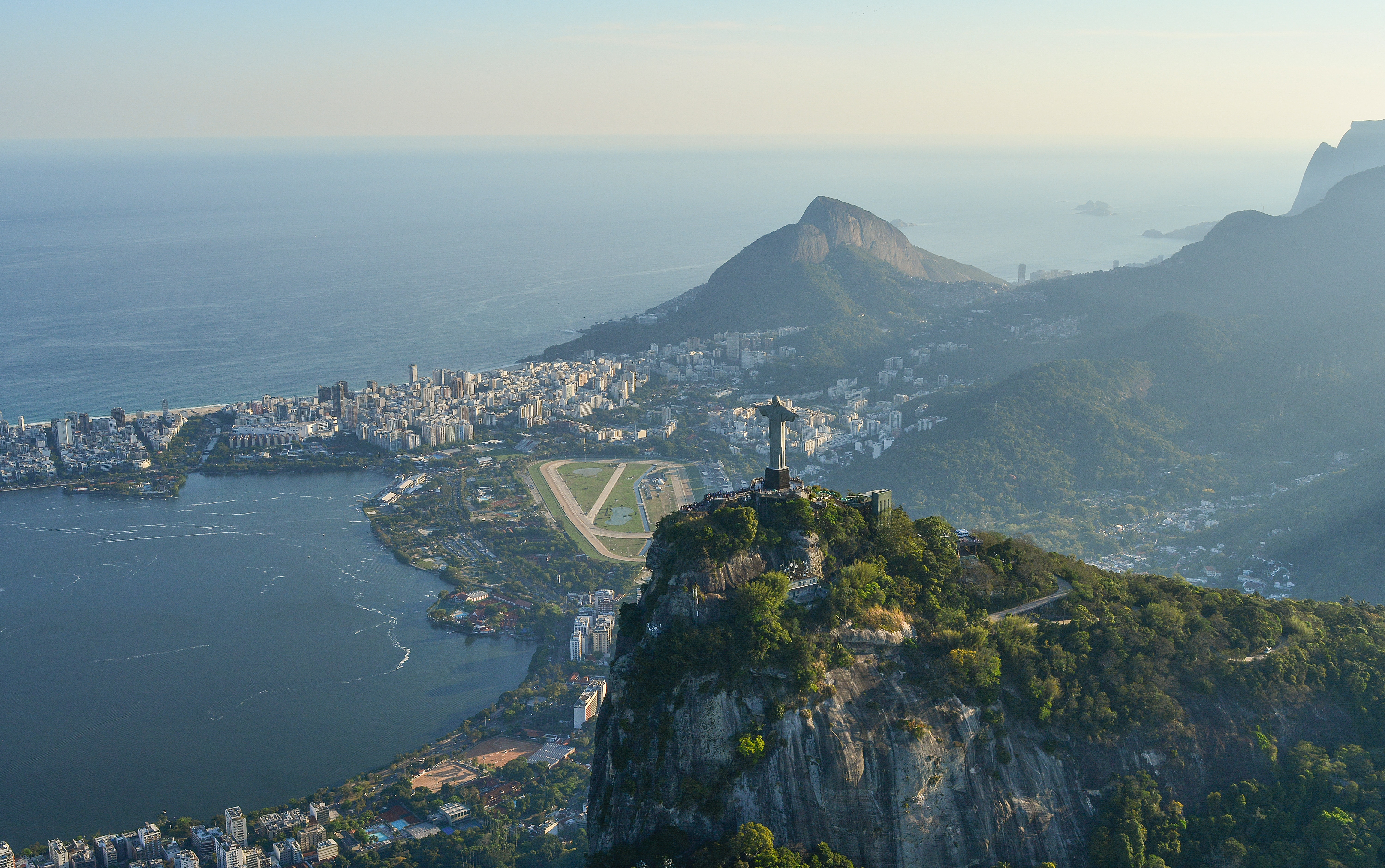 Most of Brazil lies in the tropics so it’s warm all year round, and Brazil being massive in size shows certian climatic changes ...in general opinion winters might be your choice.